Hate is a strong word and it carries some serious weight. I think of “hate crime” or “hate speech” – because of that I use the term in moderation. I personally don’t “hate” any sport, hobby or pastime. 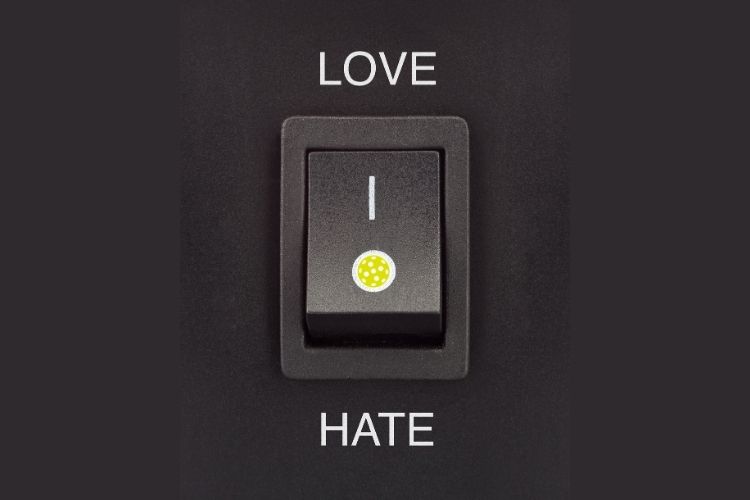 I think it’s fine for people to enjoy one sport over another and even try to argue their point of view on why one sport is more interesting or challenging than the other.  I have friends from the UK that can argue endlessly on the pros and cons of Baseball vs Cricket or American Football vs European Football (Soccer).  Their arguments can get heated at times but I’ve never heard them get angry or use the word “hate”.

When it comes to talking about pickleball things can get a little intense.  One of the most obvious topics is the problem of pickleball noise.

Since we published that post a few years ago it’s gotten quite a few comments. A few of which I decided not to publish. I’m not a fan of censorship but some of the comments were so full of expletives and anger that I thought it didn’t add value to the conversation – they were, well – hateful.

But that’s only one of the complaints my friend had about the sport.  Here are the rest. I’m guessing some of you know what’s coming but you may be surprised by some of them and even the most die-hard pickleball fans may find themselves agreeing, at least partially with some of these.

Why Some People Hate Pickleball 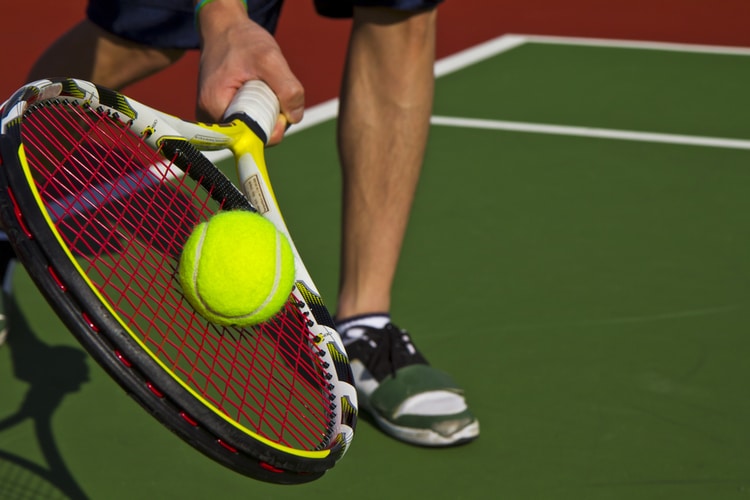 This argument is my friend’s biggest complaint. As a long-term tennis player, he just can’t get over the fact that they are not the same. The debate is never-ending. As more people cross over from tennis to pickleball I don’t see this one fading anytime soon, if anything it’s likely to be an even more conversation. On one level I get what he’s saying or at least why he compares them since I also played tennis for decades and used to play with him.

It’s true that pickleball shares some of its roots with tennis and almost all the professional pickleball players we’ve seen come from a competitive tennis background – but you don’t hear them complaining!

Both are played on a similar court (oftentimes the sharing the same court – another complaint below).  However, most racket (or paddle) sports have close similarities so that’s where the argument doesn’t really stand up.

Over the years I’ve played table tennis, racquetball, tennis, paddle-ball and pickleball (as well as quick stints of squash and “pádel ” while in Spain and “Kadima” on the beach).

I just enjoy playing them, sure they have similarities but it doesn’t detract from the other sport. I don’t mull around complaining about how the racquetball court isn’t as big as a tennis court or the way a ball bounces compared to another. I just take advantage of the opportunity to play and enjoy it while I can.

This one I get. I mean it’s not worth getting in a tizzy over – but you have to admit it’s a pretty ridiculous name!

I let this go years ago and by now I’ve adopted the name wholeheartedly. I even get a kick out of saying the name – especially when I’m in a non-pickleball crowd. The look on people’s faces is priceless, it’s not uncommon for them to think I’m pulling their leg – they can’t believe it’s really called that.

I do think that if it had a more “serious” sounding name that people would take it ….well, more seriously. I still think that it’s an uphill battle for the sport, whether you’re trying to convince your parks and rec department to invest millions or the IOC to make pickleball the next Olympic sport.

While there is still debate on where the name pickleball came from at this point in the game I’d say it’s a done deal. It’s here to stay so we might as well embrace it.

This goes back to #1

Due to the growing popularity of pickleball and the lack of dedicated pickleball courts in some areas, players are having to mark the tennis courts with the pickleball lines.

The problem – some tennis players hate the lines, they find them confusing.  Anyone who plays indoor pickleball – or any recreational sports in a YMCA, church gym, college intramural court or similar facility- has probably had the experience.

The multitude of colored lines on the floor can be really confusing. The same is true if you’re trying to play basketball on a court that has parallel lines for volleyball, indoor soccer or other sports. It’s easy to in a split moment to second-guess if a shot is going in or out because our confused by the lines.

We’ve talked about this before – it’s relatively easy to make a home pickleball court with some chalk or tape.

That’s not a problem if you’re playing in your driveway but if you’re sharing a court with tennis players, it might be a better solution to use temporary markers like these on Amazon that can easily be removed. They’re not perfect, still a potential tripping hazard and not a full outline of the perimeter but still a decent middle-of-the-road compromise for tennis and pickleball players.

Pickleball Is Taking Over!

Pickleball is growing at phenomenal rates. While some people thought it was a fad even years ago when it was first called the “fastest-growing sport” in the US, it really hasn’t slowed down. Even the worldwide pandemic has not been able to stop the growth and it’s projected to have double-digit growth through the next decade! Participation continues to expand at a roughly 10% annual growth rate.

With that growth, many cities are converting somewhat idle tennis courts to pickleball and many residential communities are adding pickleball courts to their properties. All this to the delight of some and the dismay of others. I can understand why avid tennis players or non-pickleball-playing residents of a community might not want to complete for court time or deal with extra traffic or potentially higher HOAs to help construct and maintain the courts.

Check out this list of top pickleball cities (for court density) – as others have commented there- it’s just one possible way to measure popularity but still an interesting list. 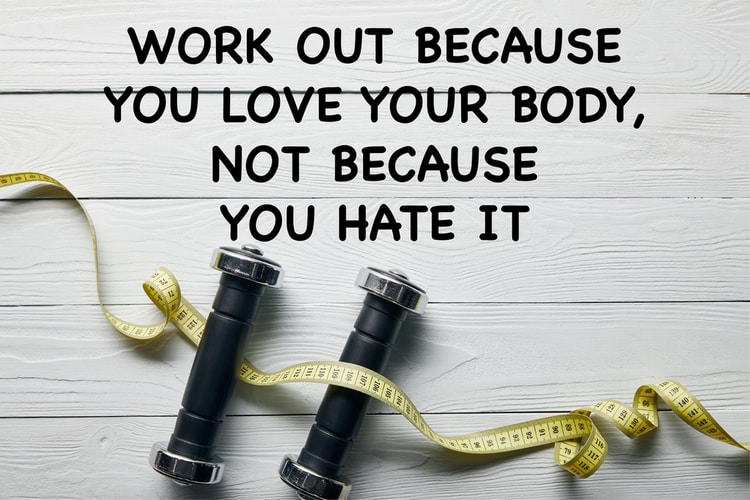 My friend’s wife was a marathon runner. At 61 while getting to her car on an icy parking lot she slipped, had a nasty fall and ended up with a broken hip. She was told by her orthopedic surgeon that she should never run now with the prosthetic hip. Try pickleball I said!

She’s tried it and found it enjoyable, she’s athletic and has good hand-eye coordination. She still plays and has fun but for her, it’s just not a workout. She still misses that “runner’s high”, she needs to sweat and get a hit of endorphins.  I get it.

There are definitely health benefits to pickleball and I think it can be a good workout for a lot of people.

You get moving, it works your balance and coordination. If you play outdoors you get some fresh air and a good dose of vitamin D.

But even Dr. Baggish of Harvard says. “The game is best as a complement to your exercise regimen, not a replacement for aerobic activity.”

I would say there’s a possible caveat – singles pickleball, especially at the competitive level – you have to hustle to cover the same amount of square footage by yourself.

Pickleball scoring is confusing. I don’t even have a counter-argument for him. 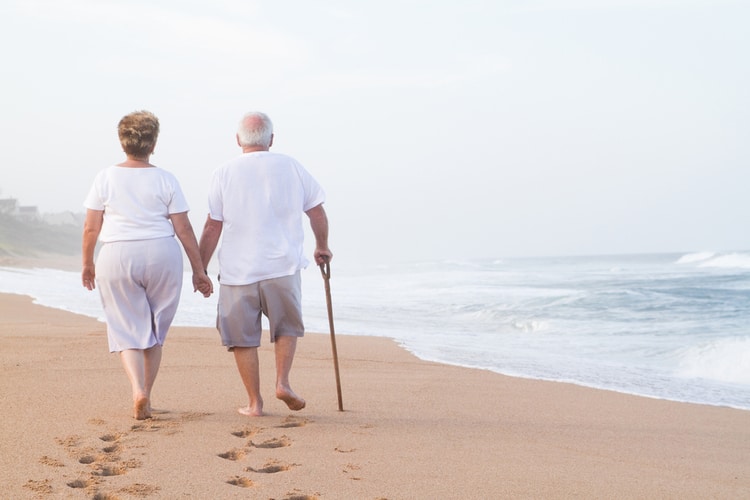 This one goes both ways. What I mean by that is that at my age I see the discrimination on both ends of the spectrum.

On the one side, there are people much younger than me that don’t want to get into the sport because they think it’s only for “old people”.

On the other side, there are some people that do not want to be associated with the sport because it makes them “feel old”.

Part of this might just be my friend’s struggle with getting older – this is a real challenge in life and something we all eventually have to confront.

The stereotype is still prevalent – many people associate pickleball with “seniors“, “snowbirds” in FL, and retirement communities.

While the numbers did back that up to some point, years ago the majority of players were 65+.

But as the sport continues to grow, the demographics are starting to balance out across all age groups and lose the stigma of being tied to only one age group.

We started with this one, so I’ll end with it also. This is one of the biggest complaints that haters have. It is a real problem that communities are facing. I won’t go into detail here since we have a whole post about it on the site.