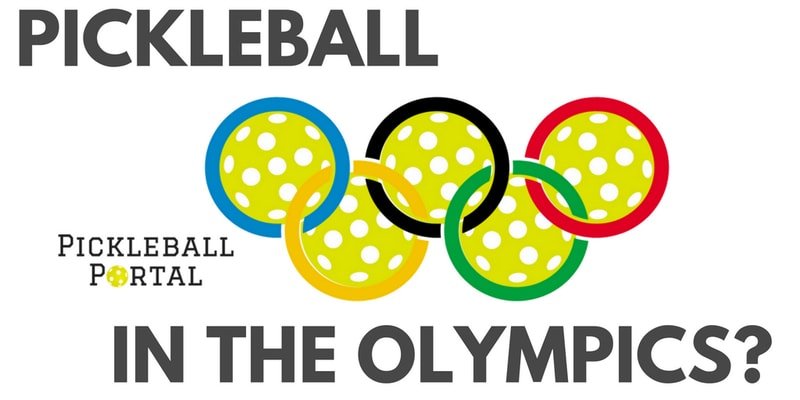 As one of the fastest-growing sports in the world, Pickleball has been building a reputation as an incredibly entertaining crossbreed of tennis, badminton, and ping-pong. It’s a sport that can be played by all ages, doesn’t require much money to play, and will entertain friends and family for hours.

With the growth of the sport’s popularity, Pickleball has been gaining ground on older sports with worldwide followings. In the world of competitive sports, one of the true signs that a specific sport has gained legitimacy on the global stage is its inclusion in the biggest sporting arena, the Olympics.

As we describe in more detail below, to make it as an official Olympic sport, Pickleball would need to be recognized by the International Olympic Committee (IOC). The main criteria are that the sport must be played in 75 countries across four continents for Men’s competition or 40 countries on three continents for female sports…and Pickleball is not there yet.

For the Tokyo 2020 Summer Olympics, baseball/softball, karate, skateboarding, sport climbing, and surfing.  Pickleball doesn’t meet the criteria (yet) but some people are predicting …2028.

Pickleball might not quite be there yet, but don’t be surprised when it starts getting nominated as a possible Olympic sport in the next few years.

In 1965, Pickleball began as a simple diversion for a group of families that needed something to do on a quiet summer afternoon. Three dads created the game as an alternative to badminton when a shuttlecock couldn’t be found. Some 50 years later, this improvised sport has grown into a genuine phenomenon. 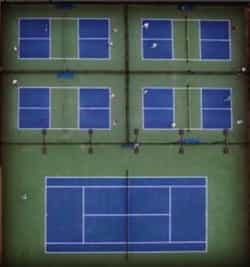 Pickleball is played on a court the size of a badminton court with a ground-level pickleball net, similar to a game of tennis, a match can be played with two players or two teams of two.

The players each have a pickleball paddle (roughly three times the size of a ping-pong paddle) and a perforated plastic ball similar to a Wiffle ball.

Like volleyball, only the serving team can score a point. The winner is the first player or team who gets to 11 points, and they must win by two points. Currently, the sport is mostly played in North America, with official courts in every US state and Canadian province, but Pickleball is making inroads in nations around the world.

Could Pickleball really be an Olympic sport?

When people think of the Olympics, a few sports generally come quickly to mind: diving, swimming, gymnastics, and, of course, bobsledding in the winter (thanks, Cool Runnings!). In fact, though, the variety of official Olympic sports is vast and includes many sports that even diehard fans might not realize are in the games.

While Pickleball, with its strange name and platypus-like amalgamation of different games, might seem like an odd sport to see during the Olympics, it would be a natural fit alongside tennis, table tennis (i.e., ping-pong), and badminton, all of which are already in the games. Net sports are very popular at these global games and Pickleball, being a fast-paced and easily understood sport, would almost certainly be an instant hit with viewers.

Usually, the more well-established sports at the Olympics get the most prominent, primetime television hours. For this reason, newer sports don’t always get a lot of attention, at least initially. If you watched the Olympics in 2016, you may not have realized that golf and rugby, two previous Olympic sports that had been eliminated in prior years, were reintroduced.

The International Olympic Committee (IOC) is ultimately who decides which sports will be included in the event. For the 2020 Olympics, which will be held in Tokyo, Japan, the IOC decided five new sports are to be introduced: baseball/softball, karate, skateboarding, sport climbing, and surfing. As you can see, the range of sports falls from the massively popular to the more niche.

How does the IOC decide which sports to include?

Perhaps you and your buddies have invented a game that you like to play in your backyards on sunny Saturday afternoons. While it might be the best sport ever invented, it will still need to meet some basic requirements if there is any hope of it becoming the next great Olympic spectacle.

First and foremost, the sport needs to be regulated by an international non-governmental organization, so your friend writing the rules on the back of a Budweiser case won’t cut it. In other words, the rules and specifications of the sport must be officially articulated so that there are no deviations from country to country. 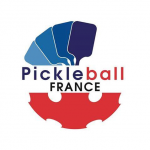 If the IOC determines that your sport meets those standards, the next step is to ensure that the game follows the Olympic Movement Anti-Doping Code. All players must be found to be clean of performance-enhancing drugs. The infiltration into the Olympics of steroids and other drugs designed to improve performance has been a major issue in recent years.

If your sport is internationally recognized, dope-free, and globally popular, it’s still too early to get excited. Not every sport that meets these requirements will be included in the Olympics. Plenty of sports are eligible for the games but will nonetheless not be seen in 2020. Don’t expect any high-intensity chess matches in Tokyo.

There are also practical concerns that come into play when determining whether to include a sport for a specific Olympics. If the host country can’t provide adequate facilities to house a sport, it can’t be included. Also, since the Olympics is, above all else, a business, if the sport doesn’t seem likely to increase the “appeal” of the games overall, it won’t be added.

Once your backyard sport has somehow developed so much that it meets all of those criteria, it very well could be the next Olympic sport. The IOC will just have to determine which pre-existing sport they want to drop in order to include yours.

When will Pickleball make its Olympic debut?

As you can see, the Olympics aren’t an easy party to crash. Though Pickleball is an undeniably popular sport with an ever-increasing global profile, it still has an uphill battle to being included in the program.

The International Federation of Pickleball exists to help spread the global appeal of the sport, but currently, it falls well short of the 75 (or even 40) countries needed to meet the IOC’s standards. There is every reason to believe that the sport will continue to grow in international popularity, but for now, it’s still largely a U.S. game.

If Pickleball continues its growth and keeps spreading to new countries, who knows, we might all be watching its debut at the 2028 Olympics.

6 thoughts on “Pickleball In The Olympics? | Will It Ever Be An Olympic Sport?”