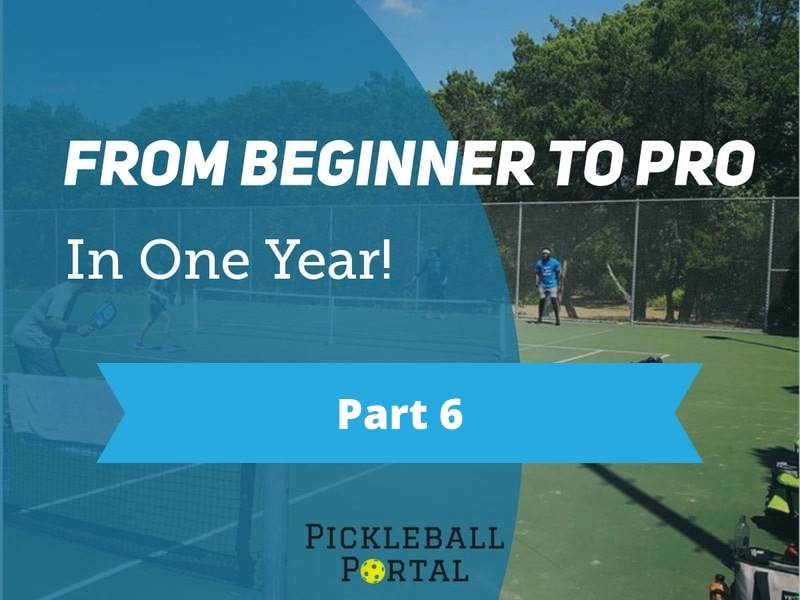 Injury Recovery and Gearing Up (Hopefully) For Tournaments

I know I told you I’d be writing every month, so I apologize for not having a June update.
Life has been rather crazy, so maybe you’ll cut me some slack.

Over the past two months, we’ve gone from living in downtown Austin to living in Hilton Head, SC and to now living in the Naples, FL area.

We only got settled in our current spot this past week, so we’re still trying to find our groove with a routine and unpacking. We plan on being here through the end of next year though, so it will be nice not moving for a while.

Why So Much Moving?

We initially were planning on moving from Austin to get closer to family on the Georgia coast, so Hilton Head seemed like a solid option with good pickleball.

Due to some unforeseen circumstances, we needed to move just as quickly as we had arrived basically. It took a little while to find new tenants and then we were on our way out.

After getting out of our 12-month lease at that spot, we started looking again all over Hilton Head, Bluffton and Savannah, but decided to open up our search to the entire southeast.

I talked to a lot of people to try to get a feel of where I could get the most regular, high-quality practice (Randy Coleman shout out).

The east coast of Florida was a big draw. From our buddies Joey and Toni Farias in Port St Lucie, all the way down the coast to Miami, there were great players all over.

It just seemed a bit spread out and that it may require a decent amount of driving, which I was trying to avoid.

The other option was the Gulf Coast and the Naples/Bonita Springs area up to Ft Myers.

So, let’s pause for a second.

You might be wondering how I’m able to base life decisions around pickleball. To most, I suppose that would sound ludicrous.

Well, first off, my wife Jack is crazy cool. We’ve been married almost ten years now, moved over ten times all over the country (and the world actually) and she’s always been game for the adventure.

You won’t find a more supportive spouse whether it’s been trusting me with all my crazy business ideas or taking on fun goals like pursuing pro pickleball.

Knowing that my goal over the next year is to see how good I can get at pickleball, she actually suggested Naples.

I had mentioned previously how good practice would be in Naples, so she said “If you’re going to do this, do it right and give yourself the best chance.”

We also both work online, so we’re able to live anywhere.

So, you last learned that my knee was royally jacked up and the recovery was slow going. I had a torn meniscus and I couldn’t even jog without pain in my last update.

Did you see the videos in the last blog? I recorded myself doing air squats and side steps for goodness sake. Talk about riveting content.

Injuries require an insane amount of patience. If you ask anyone that knows me well, patience isn’t a strong suit. I like to move fast and get things done.

To that point though, the journey to actually getting good at pickleball has been a slower progression than I initially thought it would. And of course, “getting good” is all subjective.

One area that I’ve always been very confident with is my hand speed. Initially watching pickleball on Youtube, the fast exchanges and the quick hands was what I noticed first.

I knew my hands could be as fast as what I was seeing on the screen. What I didn’t account for was…EVERYTHING ELSE.

As a tennis player, you watch Youtube videos just starting out and think this game’s going to be a breeze. This game kicks your ass. Physically, mentally and emotionally.

I’m so glad I started playing.

Like anything in this world, you get better at something when you are consistently getting your face kicked in. Losing makes you better.

Yeah, it sucks losing, but you are getting better. So, does it really suck in the grand scheme of things?

Here’s the singular best advice I can offer if you want to get better:

You’re really going to waste a chance to improve your game by playing every ball to the weaker player just so you get a useless win during a rec game?

Get out of here.

This happens way too much. If you want to get better, play to the better player. It’s simple.

Shout out to Christina and Walter Dorman back in Austin, TX who always made this a rule of thumb at our games.

Sadly, I don’t have any beautiful calisthenics and air squat videos to provide you this go-round, my apologies.

However, I do have good news to report. While I’m not even close to 100%, I’m able to jog and play pickleball pain-free, mostly. I’m not able to push that hard yet, but I’m able to be mobile enough to hold my own.

The stamina in my left leg isn’t great yet, and I’m having to rebuild that.

My left leg as a whole is getting stronger, but it’s still not the same size as my healthy leg.

I bought a much better brace than I had back in May. My buddy Lew Halski in Hilton Head let me borrow his brace and it was a game changer, a Bauerfeind GenuTrain S brace.

I ordered one for myself (pricey at $200) and it’s provided so much more support than I had before. It keeps my knee in place and it gives me more confidence when I do play and exercise.

I’ve been playing a lot and my knee has felt much more stable than I last reported.

I’d started playing in Austin a couple times after my last blog update and it still felt really weak and unstable.

I’d feel these weird shifts within my knee that would make me cringe. It wouldn’t hurt, it just didn’t feel right. Looking back, my left knee and left leg were simply extremely weak.

I remember on the drive from Austin to Georgia feeling the muscle in my left leg and there was like nothing there. My calf muscle was completely non-existent. Then I felt my healthy right leg and all the muscle was there. It seems like such an obvious thing now, but in the moment it was a huge realization. I hadn’t realized how weak that leg had gotten.

So, I had to get this left leg stronger, ASAP! And that’s been my focus ever since.

Beyond getting my leg stronger, I’m needing to re-learn how to move on a pickleball court without favoring my right leg the whole time. I need to be able to trust planting on my left leg just as much as my right.

It’s a bigger challenge than I thought because I have become so accustomed to relying mainly on my right leg to push off for everything.

Regardless, I feel like I could move well enough right now to play in a tournament. I wouldn’t be as explosive with my movement as normal, but I could get the job done.

While we were in the Hilton Head/Savannah area for a few weeks, I was able to play a lot with Adam Stone and Corrine Carr. They were both in town teaching lessons at the Savannah Golf Club with Jaylen Brennan. Another great player, Rafa Array, also lives in Savannah, so we were able to get a lot of solid games in over a couple weeks.

We even had a cameo for a day with Ben Johns who came through and played some.

I think it goes without saying, you get better when you play better players. The practice I’ve had over the past few weeks has been the best I’ve ever had. And it makes a huge difference when you’re trying to improve. It will probably speed up my progress 2x-3x.

Even being in the Naples area for only a week, I’ve had incredible training and practice partners.
My buddy Dekel Bar is here for all of July, so we’ll be able to get a lot of court time in.

My mission now is to stay healthy, get my leg stronger and focus on improving my game.

We’ll see what tournaments actually happen with people flying in from all over the country, but Denver is supposed to be the first up.

I’m planning on playing, but it’ll likely come down to whether I figure out a partner situation for both mens and mixed. Otherwise, next on the list would be the Newport PPA and then TOC the week after.

As I’m writing this, I got notification that Indian Wells isn’t happening in November. That would have been my first Nationals. I also missed my first US Open. Let’s hope that this crazy virus clears up and we can move forward with our normal lives again.

I think the same will happen with the pandemic. I’m so grateful for the small things that I could do before the pandemic that now aren’t possible or safe. Like simply going out to a restaurant, wine bar or a coffee shop to work.

I hope everyone stays safe out there and I’m bummed I’m not able to meet you all at tournaments just yet, but shoot me a message on IG @robnunnery.pb or send a message to my page on Facebook and we can connect there.

Until next time!
Rob