I’m even closer to my first tournament than expected. I’m heading to Phoenix a week early to play a couple of events in the Grand Canyon State Games.

I’ll be playing in the men’s age 35+ division with a partner I’ve never met (a senior, Brett Augsburger) and then age/skill 5.0 19+ with Shellton JeanBaptiste-Webster.

Shellton’s been super supportive of my journey, so it will be a lot of fun playing with him.

He’s also partnered with AJ Koller at some tournaments last year. AJ will be my partner at Mesa for men’s doubles and a few other upcoming tournaments.

Here’s a video of Shellton and AJ playing together if you want to get an idea of the level of play:

Franklin X-40 is the official ball at the Grand Canyon State Games, so I decided to go and help sell some gear for them at the tournament to try and recoup some of my costs from the tournament entry fees (😲) and travel.

While I want this blog to focus on my journey to becoming a pro, I’ll share my thoughts on all aspects of the journey, including the financial one.

As mentioned in a prior post, I learned about pickleball through my friend Adam Franklin and want to help grow their pickleball brand as much as I can.

With Adam’s vision, Franklin Pickleball will go from a newcomer in the sport to one of the most trusted and respected brands. They’ve been able to do it for over 70 years in other sports and I have seen firsthand how seriously they are taking pickleball.

I’ll be prioritizing going to the money tournaments where Franklin is a sponsor, so that I can play and also recoup some of my costs selling for them.

I was initially planning to play all of the PPA/APP tournaments, but Franklin isn’t a sponsor of those tournaments which means I couldn’t sell for them and recoup some of my costs.

Playing and traveling to those tournaments would just be hard costs for me until I secure a sponsorship that will help cover entry fees.

My ultimate goal is to be able to travel, play as many pro events as possible and have my hard costs covered.

Ideally, this happens through a sponsorship and I know that results will dictate when I get offers for this, whether it be Franklin or other companies.

With the price of tournament entry fees for the pro events, if I paid out of pocket throughout the year, we’d be talking thousands and thousands of dollars to simply compete and I’d be looking for a new wife.

Another option is to teach clinics before tournaments throughout the year, but then I have flashbacks of teaching tennis which turned into a grind I didn’t like. 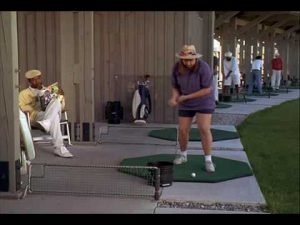 Chubbs knows how I feel.

I do enjoy pickleball much more than I ever enjoyed tennis. Clinics might not be a bad option.

Thanks for thinking through that with me 🙂

Using the word regimen makes it sound like I’ve been on a really strict schedule and plan. I haven’t.

But, I have been playing 4-5 days per week and also doing some stairs and leg work on the days I don’t play.

My fitness isn’t necessarily where I want it, but it should suffice for my two February tournaments.

I’ve inspired my friend Thomas (Wilson) to play more pickleball. He’s always been a casual player (few times a month at most), but easily the most talented player in the area.

Like me, he comes from a D1 tennis background but is about five years younger than I am, so he still has elite quickness.

We’ve been meeting up an evening or two per week for singles sessions.

I feel really fortunate that he’s local because he really pushes me in singles like no one else can.

If I give him a forehand, he’ll hit a winner from anywhere on the court. It’s stupid.

Part of the reason he has decided to turn up the pickleball play is because he also signed up to play the Mesa PPA tournament in pro singles.

I think he’ll surprise some people there.

The biggest variable for both of us right now is fitness. We haven’t been training long enough to be in solid shape yet, but with each practice session we get a bit stronger.

We chip and charge every return for the most part because it seems most points will be won at the kitchen line. If I have a mediocre return, Thomas makes me pay.

His passing shots are so good that it forces me to be really precise with my returns.

Of course, that also forces some errors out of me on the return which is the ultimate no-no.

Last time we played we decided to do five squats or pushups for every missed serve or return. It may not seem like much, but it hurts in the middle of a singles session which is already pretty grueling.

Doubles play has been solid. I’m still working on resets and being patient. I went through a stretch where I literally couldn’t stop myself from driving balls. Before the game, I’d tell myself “NO!” And before you know it, I’m attacking unattackable balls and getting myself into trouble.

It’s fascinating how challenging it is to rewire some of those tennis habits. A reset shot isn’t something that really exists in tennis yet it’s so important in pickleball.

Another issue I’ve been running into is that after I successfully reset a shot and get myself back into the point, I’ll try to attack the next ball too early because I’m so excited I reset the point.

I need to settle in after the reset and be patient again, so I don’t get us into trouble attacking another ball too early.

I’ve been playing a fair amount of skinny singles with Joel Waiwaiole (men’s pro split age partner at US Open) and it really helps with my patience.

His hands are so fast and his counter-attack ability so strong that if I attack too early he makes me pay. On the flip side, when he attacks a neutral ball, I just work on the reset and it’s helping me get way more comfortable with it.

My initial reaction when someone speeds up at me is to go fast back at them. It works sometimes because I have quick hands, but I’m usually in a better position when I just reset it low and wait for a clear attackable ball.

Upcoming Tournaments Before My Next Update

I’m super pumped to start playing tournaments. It will be good to meet new people and get in the mix. I’m also hoping it makes finding partners a little easier once I get some rec play in with different groups.

I’ll be staying in Arizona all the way from Feb 4-17, as is Shellton, so it’ll be a great opportunity to get some high-level training and play in between tournaments.

If you are going to be at either tournament, add me as a friend on Facebook and send me a message. I’d love to say hi and meet you. 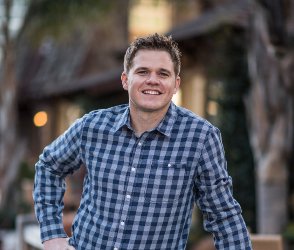