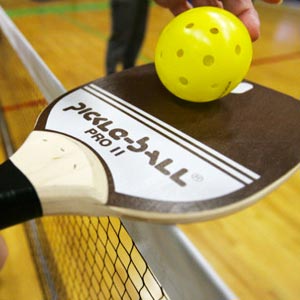 One of the most intimidating parts of pickleball for many new players is the “fast game”.  For many beginner pickleball players, the sport consists of mostly slow, dink shots and a control game and many points are won a slow volley. When new players come up against more aggressive advanced players, the fast game can throw them off and leave them wondering what to do.

Understanding the natural flow of a more advanced pickleball game can help you with your fast game strategy. If you are not strong at the fast game, patience is your ally.

Wait until you have a good opportunity to take the upper hand in the point but once you commit to the fast game and most important: make sure your first shot is very solid.

The common progression of a rally ended in a fast pickleball game has these 4 phases:

Often times, once both teams have established position at the kitchen line, a long volley exchange ensues -mostly of slow dinking which later progresses to the fast game (often after a shot is hit too high by one of the teams).

The biggest and most common mistake is to return the ball too high. This provides a perfect opportunity for opponents to smash the ball, likely at your feet, making it very hard for you to return the shot.   Keep your dink shots LOW and try to land them inside the No Volley Zone.

If your opponent forces you to go wide, try to return a hard crosscourt shot that falls just over the net inside the kitchen if possible. The only high shots should be a deep lob shot or a shot that can beat your opponent on reaction time. Do not give them any air balls that they will just smash!

Do NOT dink to the forehand to the opposing player as it sets them up for an easy kill shot.

Do NOT  leave big gaps between you and your partner. You need to move in sync with your partner (imagine there is an 8-10 foot rope connecting the two of you and move in tandem maintaining a small enough gap between you to hit the ball within one lateral step and an easy reach of your paddle. See our 7 Beginners Tips for more on this.

If you’re having trouble covering the gap, an elongated paddle might give you the extra bit of reach you need. This is especially true if you are playing singles pickleball.

Keep your paddle up and in “ready position”! (see more tips on paddle position here).

Tip: If you have to hit up on the ball, hit softly and try to drop into the kitchen.

If you can hit down, hit hard!

*Air balls are your opportunity to overtake your opponents. 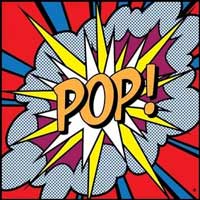 2)  When you take your first FAST shot,  you have to be able to defeat them on reaction time.  Almost always, the team that starts the fast volley has to take the upper hand on the first fast shot to win the point.

If you initiate the fast game with a weak shot, you are destined to lose the point.  If you are not sure you have a strong chance of a good fast shot, it’s much better to be patient and continue to dink until you have a good opportunity.

For more great tips on winning at the fast game in pickleball, we highly recommend this video by Joe Baker with detailed examples and more tips and rules to follow for a winning fast game.

He’s also the author of “At the Line Pickleball: The Winning Doubles Pickleball Strategy”.