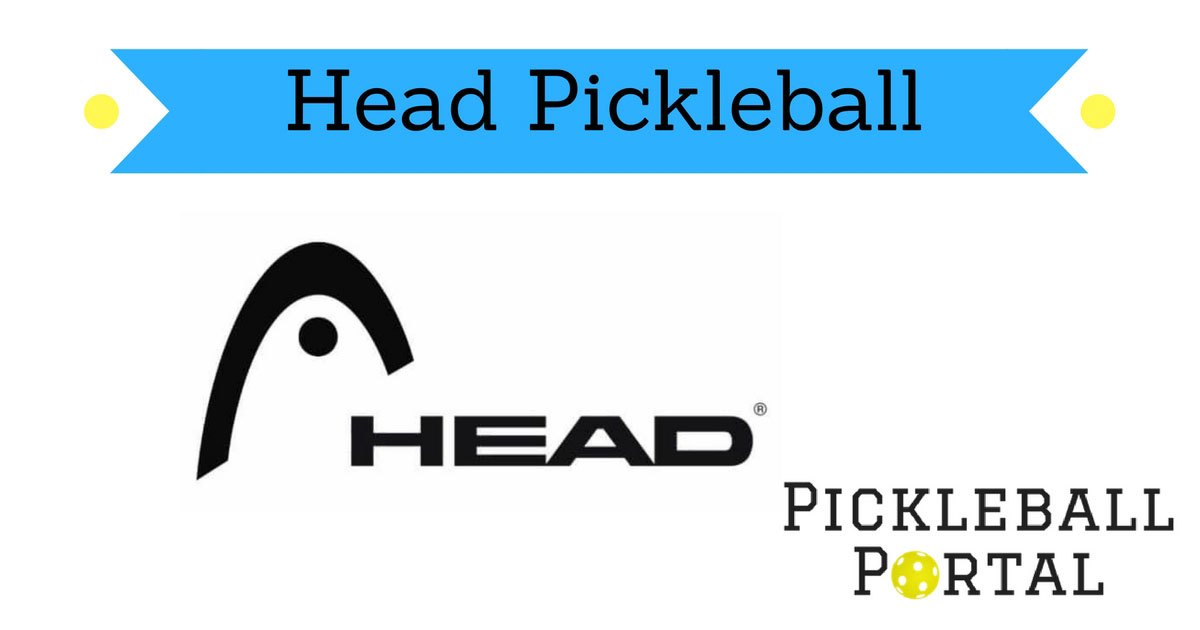 Head is a well-known player in the tennis industry and was one of the pioneering companies in tennis to introduce modern aluminum rackets when most makers were still making wooden rackets.

The company made news in 2017 by releasing an entire line of Head pickleball paddles. This move into the sport of pickleball by a major tennis racket manufacturer (Wilson started selling pickleball paddles a few years ago) shows the surging popularity of the sport.

Head’s pickleball paddle line was launched with a total of 8 paddles, broken down into groups: Radical and Xtreme. Each of the lines is available in 4 models (Tour, Elite, Pro and Pro L). The tour models are graphite paddles whereas the other lines have fiberglass surfaces.

I’m a little baffled why Head decided to launch 8 new pickleball paddles all at the same time having never sold a pickleball paddle before. To me the names are too similar and confusing, I actually had to put together a spreadsheet to help compare them and remind myself which one is which.

It might actually be easier to remember the color since they at least the paddle graphics are a pretty easy way to tell apart.  Anyway, my goal here is to help you narrow this down so you at least know which Head paddle might fit what you’re looking for.

First of all, let’s start with what is the SAME between the paddles models (a LOT actually):

Which Head Pickleball Paddle is for you?

Price:  all of the Head paddles are all within about a $30 range (depending on the retailer)-from the cheapest to most expensive.

From around $59 for the “Elite” models to $89 for the highest-priced “Tour” Paddles. ​That’s really not a huge range considering there are pickleball paddles on the market at a wide range of price points with some pro-level paddles now selling in the $120-$150 range.

The lowest-priced Elite paddles have the more bare-bones “Ergo” grip (compared to the “Comfort” grip on the more expensive paddles. They also do NOT have the “Extreme Spin Texture” that is applied to the higher-end Head Pro and Tour paddle faces. So if you are looking for a more budget paddle, are willing to pass up the nicer grip​ , and are not as concerned with putting spin on your shots, the Elite paddles would be for you.

I’m a little surprised to see that Head made the weights so similar on their paddles. According to interviews published with Head, they’ve claimed that most players play better with a heavier paddle-and that even those players who prefer a lighter paddle may play better with the extra weight. Because of that, the Head paddles mostly all fall right around 8 ounces but the Xtreme Tour is the lightweight in the lineup at an average of 7.6 oz.

If you are a power hitter, you’ll want to look at the Radical line. The Radicals are more head-weighted and are thicker than the Elite.  I would compare the  Radical Tour and Radical Pro. The main difference in making your decision would be

2) Slightly more weight on the Pro- although the difference is minimal.

Control players would want to consider the Xtreme line.  If you’re looking for extra finesse at the net and a good dinking paddle the diamond shape and control orientated line.  Unless you are on a budget, I would skip the Elite line and just compare the  Xtreme Pro and Xtreme Tour.

Again, the main difference between these is the face:  Fiberglass (Pro) vs Graphite (Tour). They both have the same grip and same spin capability. The other main difference is weight. If you’re looking for a more lightweight paddle, the Tour is slightly lighter (7.5 vs. 7.8).

The Radical Tour paddle is  Head’s signature paddle for power players.  The paddle is designed with Head’s dynamic power shape with slightly tapered edges to maximize the paddle’s maneuverability.

The paddle body is made from one piece of material which gives it a solid feel in your hand. The Graphite / Carbon paddle surface has plenty of “pop” factor and with the Extreme Spin Texture applied to the face gives plenty of bite to give some extra spin to your shots. Weighing in right at 8 ounces, the Radical Tour is a power hitters dream.

The Radical Pro paddle is the next power paddle by Head. As we’ve mentioned above, the paddle specifications between these two paddles are very similar in size, shape and weight.  The main difference here is that the Radical Pro paddle face is finished with a fiberglass hitting surface.

As with the other Head paddles, it’s made from one piece of material including the handle. This construction gives it a strong and stable feel when you swing the paddle.  The Pro, just like the Radical Tour, has the premium cushioned “Comfort” grip by Head and the enhanced texture on the paddle for added Spin.

This landed the Radical Pro on our shortlist of best pickleball paddles for spin.

The Head Xtreme Tour paddle is the lightest paddle in the Head lineup, with an average weight of 7.5 ounces. This is actually the paddle that Sarah Ansboury (US OPEN 2016 Women’s Champion and Head sponsored Pro) plays with.

The paddle face uses a carbon/graphite hitting surface which is ideal if you are looking for control and great paddle feel.

I think the easiest way to compare these Head paddles, as I mentioned above- is first deciding Power or Control (you probably know already based on your playing style)​, then the next decision is carbon graphite surface or fiberglass.  The rest is very similar except for slight weight differences- all 4 of these paddles have the enhanced spin paddle face and cushioned “Comfort” Grip. If you are looking for a lighter  “Control” paddle this is the paddle from Head, the Xtreme Tour is for you.

If you like the Xtreme Tour but are looking for a slightly heavier (7.8 vs 7.5 Xtreme Tour) and prefer a fiberglass hitting surface over the graphite, then take a look at the Head Extreme Pro Pickleball Paddle.

The Head Radical XL is an elongated paddle measures 17 x 7 inches and features the brand’s Extreme Spin Texture for spin. The grip size is 4.25 and the paddle weighs in at 7.6 oz.

Head was originally known for ski equipment but also garnered attention by introducing one of the first oversized tennis rackets. The founder of the company, Howard Head,  was an aeronautical engineer who while on a ski trip was surprised to see that people were still skiing on wooden skis while other industries were using lightweight aluminum and composite materials and decided to make better racket (or “racquet”) using his knowledge of the airline industry.

Sarah Ansboury was named as the ambassador and professional face of the new pickleball brand. This is a huge move in the pickleball market shows pickleball is growing and the demand is sufficient enough for tennis industry-leading companies like Head to create whole new product lines in another racket sport.

Interestingly, this parallels the path of ProLite Paddles whose original founder was also an aeronautical engineer and the first to introduce a composite pickleball paddle.

The Head company was founded in 1950 in Delaware (USA) but has its headquarters in Amsterdam, Netherlands.