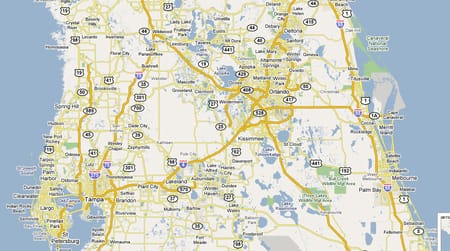 Here is an interesting video from a CBS News local FL station showing how fast pickleball is growing in the US and especially in Central Florida.

The reporter, Taryn Winter Brill,  gets on the court and dives into Pickleball by visiting “The Villages”,  an active Adult Retirement Community (55+) in central FL. She also explains how she found it very easy to pick up the new sport, especially for someone like her coming from a tennis background.

Many former tennis players, especially retirees find are attracted to the game. Since it’s a mix of badminton, tennis and ping-ping they can easily transition into pickleball and it’s a great way to keep physically active and socially engaged.

While it can be somewhat less physically demanding than tennis (especially singles tennis which requires the player to cover more court) pickleball can definitely can help you keep in shape!

Click to read our recently published article on the Health Benefits of Pickleball.

We’ve talked to several of our readers who have dropped a lot of weight thanks in part to picking up pickleball and playing often.

If you haven’t tried it yet, this short video on the health benefits of Pickleball might get you out on the court.

So why do many people call Central Florida the “Pickleball Capital of the World”?

The Villages, mentioned in the video above, is a huge mecca for Pickleball. There are many other retirement communities that also cater to pickleball players and more and more towns and cities in Florida are adding facilities for the growing sport.

Here are some facts that help explain why it’s gotten the nickname.

Central Florida definitely is one of the most popular spots for pickle-ball. With all the courts in the area, it’s not hard to find a game or local tournament to compete in. The pickleball craze is not just limited to central FL, it’s extended all over the state in part due to the high number of retirement communities and 55+ living options in Florida.

​If you head 3 hours south of the Villages to Naples you’ll find another vibrant pickleball community and home to the national pro championship – the Minto US Pickleball Championships.  The tournament is coming back to Naples again this year – we’re held from April 21-28, 2018.

But Pickleball is growing across the country (and around the world) and there are actually more people playing in the Pacific NW …where pickleball was invented  (Washington state, 1965). Click here to read the interesting story of how a few dads invented the game on a lazy summer day.

Here is a breakdown of the popularity of the game in different regions of the US:

Regions of the United States were Pickle ball is played the most:

Curious what the average age of pickleball players is? …click here.

Part of the appeal to pickleball is the low level impact compared to running or other sports. It’s also a very social game, with so many community centers, retirement communities and recreation centers like YMCAs offering the the sport many players enjoy meeting new people that also enjoy keeping fit and active.

Another great thing about the sport is that it is relatively inexpensive to get started and does not require an expensive gym membership or expensive gear (compared to sports like golf for example). There are plenty of inexpensive beginner paddle options. With just a paddle and a few pickleball balls you can get started.

It’s understandable that most new players pay a lot of attention to the paddle since it is the main piece of equipment in this sport. (If you’re shopping for a new paddle-click here for to see our Complete Pickelball Buyers Guide)

However, we recommend making proper footwear the top priority to prevent injury.  Before you head out on the court make sure you check out our recommendations on finding a good pair of pickleball shoes– it’s important you find the correct shoes for indoor vs. outdoor courts. If you’re playing indoors you may be surprised you’re better off in volleyball shoes.

​Do you live in a community with pickleball noise restrictions? Click here to see the best Approved Quiet Zone Padles

Where you do you live? What’s your opinion- is FL really the “Pickleball Capital of the US”?  Is the sport growing in your area?  Leave us a comment below.

2 thoughts on “What is the Pickleball Capital of the World? Central Florida?”